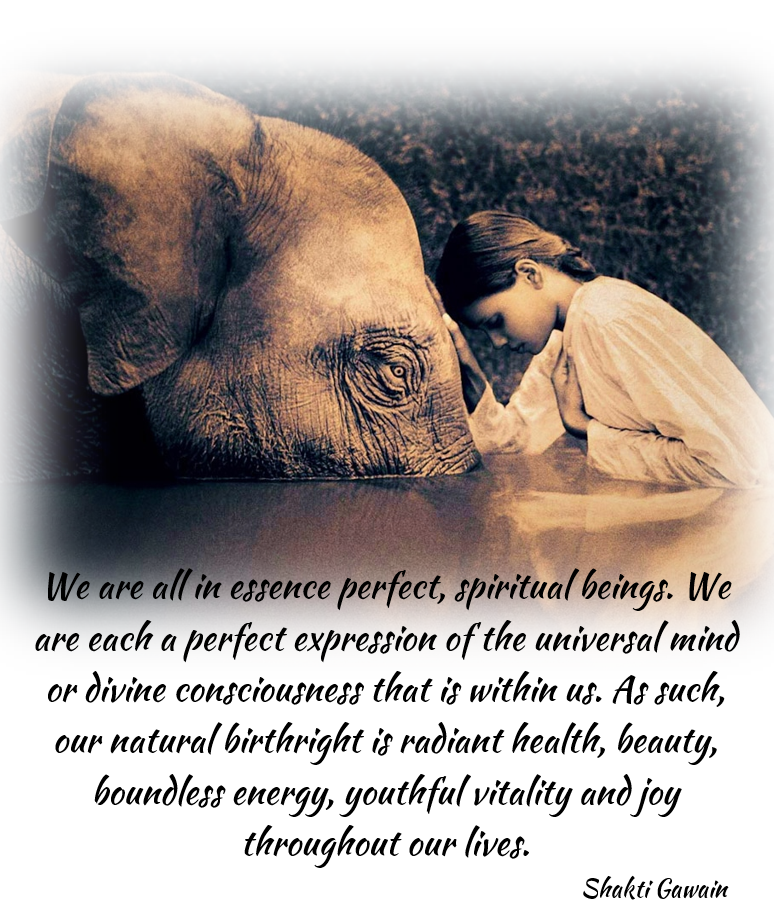 “A gentle and magical journey of self discovery, transformation and personal fulfilment.”

Reiki found me at a time when I was experiencing a lot of stress and anxiety in my life. A good friend had been trying to get me to a Reiki Healing session for many months. I finally made an appointment with Esther and was pleasantly surprised at how relaxed I felt after only 1 session. I was also excited to find out that I could learn Reiki myself. Since that session I have trained in Reiki 1 and 2 with Esther and have not looked back, emotionally, physically and spiritually. Reiki has opened a whole new world to me. Through regular self-practice and attending healing sessions, Reiki has helped me to develop the courage to make changes in areas of my personal and professional life that had been stuck in ‘status quo’ for many years. My physical state has also improved with less aches and pains and a general feeling of wellbeing I haven’t experienced for many years. Reiki is an excellent complementary therapy to medical treatments, I just wish I had found Reiki earlier. The peace and serenity I experience through Reiki when either self-practicing, through healing sessions with Esther or giving Reiki healing to others, is spiritually deep and personal. I have found no better way to relax and de-stress. Reiki has touched my life at a crucial time and I will be forever thankful to my friend for her persistence in getting me to that first healing session. I recommend you take that “leap of faith” to Reiki, you’ll never look back.

What is Usui Reiki?

Reiki is a powerful and beautiful energy-balancing therapy, profoundly effective for stress reduction, deep relaxation, inner peace, emotional and physical healing, and personal & spiritual growth. Reiki boosts and strengthens the energy field, opens and balances the chakras, and provides loving support and healing for anyone suffering from pain, injuries, anxiety, or other emotional challenges.

Reiki was re-discovered and developed as a popular and widespread holistic therapy in Japan early last century by Mikao Usui, a deeply spiritual, well-educated and highly respected man who was honoured by the Meiji Emperor both for his dedication to the health and well-being of his fellow human beings and for his compassionate contribution to his country in working tirelessly to help survivors of the devastating Kanto earthquake.

Reiki is Japanese for “spiritually guided life force energy”. “Rei” translates as universal/spiritual and “Ki” as life force, the natural energy that composes the core of our essence, and translates as a deep unconditional love that encompasses everything. Reiki is not affiliated with any religion or belief and can be practiced by everyone.

How does it work?

Reiki heals by knowing where there is an energetic imbalance in your subtle energy system. It flows to these areas, where it changes the vibration of the negative energy, ki – which in essence is a lack of positive energy. This is usually done by raising the vibration until the negative ki cannot hold on to the area it is attached to and is released. Other times, the negative ki may be reprogrammed by the Reiki energy and transformed into positive ki which restores and maintains health. When the body is weak, from an emotional crisis or an illness, Reiki can provide the body with a very nurturing supply of energy that supports the body, mind & spirit to start healing itself.  On a deeper level, Reiki can reprogram your subconscious mind allowing you to release any limiting or self-defeating thoughts and feelings empowering you to reconnect to your true essence, your full magnificence and inner-radiance.

As an extremely high vibrational loving universal energy Reiki cannot harm and will always work for the benefit of your greater good. Reiki is not learned but passed on in an initiation that exists out of several attunements from Reiki Master & Teacher to student. This is a profound and beautiful, meditative experience. The healing sessions themselves can range from feeling peaceful and relaxed and deeply loved while the Reiki heals on deeper energetic & somatic levels to having immediate miraculous healing results. Occasionally, amazing healings have come from students who have just taken their first class. This is one of the remarkable things about Reiki; it does not take a special ability nor does it take years of practice. Anyone can “learn” it in a day and experience its wonderful healing effects immediately.

The First Degree Level (Reiki I)

During this first level course you will learn simple but amazingly powerful healing techniques for calming and revitalising your mind, body and spirit and for relieving stress and pain. This is an effective workshop for people who are interested in stress management, self-healing and personal growth and how to channel healing energy to help others, too.

The Second Degree Reiki constitutes a deeper commitment to the Reiki energy. In the Second Degree workshop you are given three sacred symbols, or keys, each having a specific function. These symbols were put into your aura during the First Degree attunements. What happens during the Second Degree attunements is that these symbols are brought into your conscious awareness, enabling you to have much more flexibility in your use of Reiki in healing and transformation for self and others. You will receive the Power Symbol, the Mental/Emotional Symbol and the Distance Healing Symbol, which refine, focus and maximise the energy flow. You will also be taught to heal the past with distance healing techniques and byosen scanning. Additionally, the second degree allows you to practice Reiki professionally.

There is an increase in the power of the Reiki energy. It comes in faster, feels strong and the rate of flow is increased.

The energy is not just more of the same energy; it is of a higher vibrational rate. There is a further opening of the chakras on the palms.

Be prepared for changes on many different levels. The Second Degree attunement can create a quantum leap in intuitive awareness, and expand consciousness. This is due to the further opening of the 3rd eye and crown chakras.

How can Reiki heal the chakras?

The word Chakra is Sanskrit and means “wheel” or “turning”. It is thought by the Buddhists and in the Hindi tradition (in Yoga) that the human body has upwards of 72,000 (or more) nadis or lines of energy that flow through us and exit at certain points through-out our body. It is believed that the flow of this energy keeps balance within us, and that each meridian is responsible for a specific function of the body. In this belief, there are seven major energy centers, that govern the well-being our major glands, and are responsible for our emotional, physical, mental spiritual well-being. These seven main chakras exist within each living creature, starting at the “root” (base of the spine) rising up through the spine and ending at the “crown” chakra (top of the head).

Often these chakras can become blocked or out of balance, causing symptoms of dis-ease. This can not only effect you physically but can also play a big part in how you are manifesting the world around you, emotionally, mentally and spiritually. If just one chakra is out of balance, there will be discord in your energetic well-being and although the blockage may occur in one of the chakras, the body may manifest it in other places – such as your shoulder, or your foot. While working on these imbalances, the Reiki will always flow where it is needed most in order to empower the body, mind & spirit to start healing itself.

What happens in a treatment – the science behind Reiki

Independent research by Dr. Robert Becker and Dr. John Zimmerman during the 1980’s investigated what happens whilst people practice therapies like Reiki.  They found that not only do the brain wave patterns of practitioner and receiver become synchronised in the alpha state, characteristic of deep relaxation and meditation, but they pulse in unison with the earth’s magnetic field, known as the Schuman Resonance.  During these moments, the biomagnetic field of the practitioners’ hands is at least 1000 times greater than normal, and not as a result of internal body current.  Toni Bunnell (1997) suggests that the linking of energy fields between practitioner and earth allows the practitioner to draw on the ‘infinite energy source’ or ‘universal energy field’ via the Schuman Resonance.  Prof. Paul Davies and Dr. John Gribben in The Matter Myth (1991), discuss the quantum physics view of a ‘living universe’ in which everything is connected in a ‘living web of interdependence’.  All of this supports the subjective experience of ‘oneness’ and ‘expanded consciousness’ related by those who regularly receive or self-treat with Reiki.

Zimmerman (1990) in the USA and Seto (1992) in Japan further investigated the large pulsating biomagnetic field that is emitted from the hands of energy practitioners whilst they work.  They discovered that the pulses are in the same frequencies as brain waves, and sweep up and down from 0.3 – 30 Hz, focusing mostly in 7 – 8 Hz, alpha state.  Independent medical research has shown that this range of frequencies will stimulate healing in the body, with specific frequencies being suitable for different tissues.  For example, 2 Hz encourages nerve regeneration, 7Hz bone growth, 10Hz ligament mending, and 15 Hz capillary formation.  Physiotherapy equipment based on these principles has been designed to aid soft tissue regeneration, and ultra sound technology is commonly used to clear clogged arteries and disintegrate kidney stones.  Also, it has been known for many years that placing an electrical coil around a fracture that refuses to mend will stimulate bone growth and repair.

Becker explains that ‘brain waves’ are not confined to the brain but travel throughout the body via the perineural system, the sheaths of connective tissue surrounding all nerves.  During treatment, these waves begin as relatively weak pulses in the thalamus of the practitioner’s brain, and gather cumulative strength as they flow to the peripheral nerves of the body including the hands.  The same effect is mirrored in the person receiving treatment, and Becker suggests that it is this system more than any other, that regulates injury repair and system rebalance.  This highlights one of the special features of Reiki (and similar therapies) – that both practitioner and client receive the benefits of a treatment, which makes it very efficient.

It is interesting to note that Dr. Becker carried out his study on world-wide array of cross-cultural subjects, and no matter what their belief systems or customs, or how opposed to each other their customs were, all tested the same.  Part of Reiki’s growing popularity is that it does not impose a set of beliefs, and can therefore be used by people of any background and faith, or none at all.