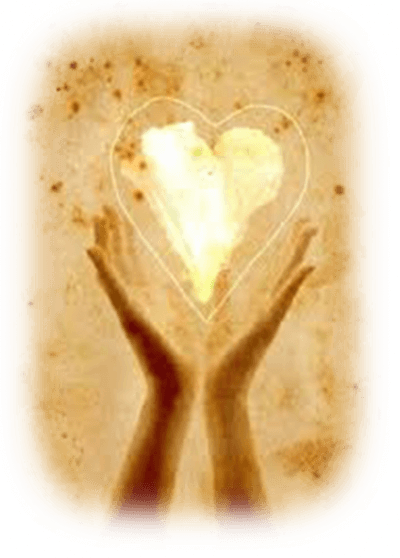 “Excuse me, coming through. Terribly sorry, but posing time is over as I just had twenty snaps with other families and bachelor gangs, which fills my quota for the day. I’m on holiday after all. You’re not taking no for an answer? You want a smile? A little hard with that camera pressed in my face…Only one picture? Alright then, the very last one! No sorry, I can’t remove my headscarf to show my blond hair on the photo. Made that mistake yesterday… May I ask where the notion comes from that a foreign female traveller is carte blanche to the amorous frustrations of a rivalrous, rowdy mob? You’re on a sacred pilgrimage for goodness sake!”

I was forced to elbow my way through the thousands of bright orange clad pilgrims jamming the streets in celebration of the three week long religious Shiva festival, most of them adolescent men who had walked for days from their mountain villages to the river Ganges to fill their festive yokes (decorated sticks with small buckets on either side) with holy water. They would, after a ‘salvation dip’ in ‘Mother Ganga’, embark on the long journey home to offer the water at the Shiva temple in their village. Yet more affluent pilgrims had put a modern spin on this ancient tradition and made their offerings at a temple nearby before jumping on the bus back home.

For the first time in years I found myself back in my beloved India, in Rishikesh this time, a famous pilgrimage site, idyllically situated on the banks of the river Ganges at the foot of the Himalayas surrounded by the scenic beauty of hills with caves still inhabited by sadhus (holy men). Known as the birth place of yoga it attracted thousands of tourists every year who came to find inner-peace and escape the modern-day rat race, if only for a brief while. For the next couple of months this place would be my home in view of deepening my spiritual practice and training in the healing art of Reiki. However, I seriously questioned the sanity of this plan while jammed between a cow and frisky pilgrim and wondered whether it had been a big mistake, but then I met my Reiki Master Shanti…

Originally from Germany, she was a graceful woman in her seventies, who had been living in India and practising Reiki for more than twenty-five years. She exuded a calming, loving energy and locked in her embrace at her little home overlooking ‘Mother Ganga’ I knew I had found my peaceful respite from the craziness outside..

For most of my life I had been looking for fulfilment externally, travelling and working on six continents in a bid to find my purpose. Yet everything I engaged in brought just fleeting moments of joy and it eventually took a major blow to finally awaken to the life-altering insight that the only way forward was to turn my external search for fulfilment inward to discover a source of true and lasting peace and happiness within. I realised that what I had been looking for could be found right here, right now and Reiki would be my guide in taking this journey to a whole new dimension.

At the beginning of my Reiki Level 1 course, I reflected on the fascinating fact that the ability to do Reiki is transferred from Master to student rather than being something the student develops, yet I still felt a little sceptical. But the moment I received my first attunement and experienced a warm flow of energy entering my crown, enveloping my entire being and infusing me with a cathartic and overwhelming sense of love and peace, I knew that Reiki was real and that I had received something very special. I proceeded to fully immerse myself in this beautiful healing practice and humbling privilege of becoming a Master/Teacher in order to be of greater service to people, their innate abilities to heal themselves and awaken to the realisation of who they are and truly are meant to be.

Aside from miraculous scientific Reiki facts – such as the independent research by Dr. Robert Becker and Dr. John Zimmerman during the 1980’s investigating what happens when people practice Reiki and discovering that not only do the brain wave patterns of the Reiki healer and receiver become synchronised in the alpha state, characteristic of deep relaxation and meditation, but that they pulse in unison with the earth’s magnetic field, known as the Schuman Resonance, or the earth’s heartbeat if you will- I am immensely humbled by the personal miracles I witness as a Reiki healer every day.

Two cases come to mind of clients with a similar issue of perceived infertility finding themselves emotionally broken and physically depleted and coming to see me for healing and the clearing of energetic blockages that might have gotten in the IVF treatments’ way. One client ended up falling pregnant naturally after 5 years of unsuccessful fertility treatments including three IVF attempts only a month after her Reiki session and the other client I worked with for six months intensively, often twice a week, between her 3rd and 4th IVF attempt, clearing a lot of stagnant and dark energy from her womb that she subconsciously had held on to after a severe childhood trauma and for her the 4th IVF treatment proved successful.

However, about four and half months into the pregnancy the baby, a girl, was diagnosed with a life-threatening heart defect; only two of her heart chambers were working and the doctors feared she would not survive or if carried to full term that she would need extensive heart surgery upon birth with a very low chance of survival. The client came to see me, absolutely devastated, asking if I could please give Reiki to her baby, which I was given spiritual permission to. I had many healing sessions with the little baby girl which she loved. She would often start doing summersaults the moment she sensed the energy and it was highly emotional for me to feel this little girl move joyfully under my hands in the womb… She was born with only a very small heart defect that was easily operated on and fixed in only one operation and she grew into a happy and healthy toddler.

Some people ask me how I know if Reiki really works. I usually tell them to try for themselves and it’s always a humbling moment when they find themselves in awe about the tangible sensations representing the amazingly beautiful and loving universal energy that animates us all.